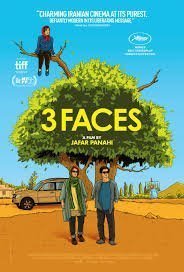 Low-budget Iranian comedy-drama. A famous actress receives a troubling message from a young girl in a remote village and, recruiting a film director, resolves to go and discover what's going on. Most of the participants in this film are non-professionals playing versions of themselves.