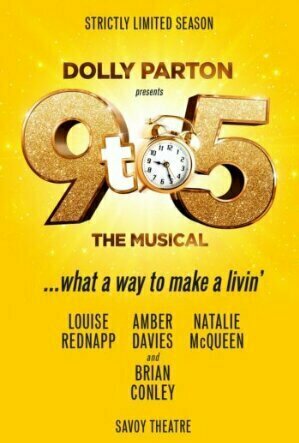 9 to 5: The Musical is a 2008 musical based on the 1980 film of the same name, with music and lyrics by Dolly Parton. It features a book by Patricia Resnick, based on the screenplay by Resnick and Colin Higgins. The musical premiered in Los Angeles in September 2008, and opened on Broadway in April 2009.