A Company of Monsters (The Sorcerers of Verdun #2) 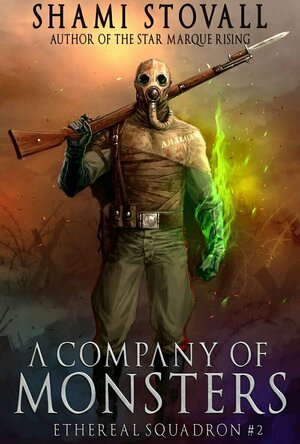 The year is 1917, and the Russian Empire is on verge of collapse.

Florence Cavell—codename Geist—takes her special forces team of sorcerers into allied territory in an effort to hunt down spies and keep the Russian royals alive. If the Russian Empire falls, the Germans and Austro-Hungarians will turn their full attention to France and Britain. That can't be allowed to happen.

Unfortunately for Geist, the enemy has sent the Eyes of the Kaiser, specialists who hunt and destroy sorcerers. And they came prepared to eliminate not only the Russian royalty, but the Ethereal Squadron as well.

Praise for Ethereal Squadron:
"In tense, precise prose that skillfully conveys detailed descriptions, Stovall delivers this engrossing story of fantasy adventure with utmost precision. The Ethereal Squadron's riveting fantasy world will fuel readers' imaginations and leave them crave for the next book in the sequel."
- The Prairies Book Review