A Girl From Forever (The Forever Institute #1) 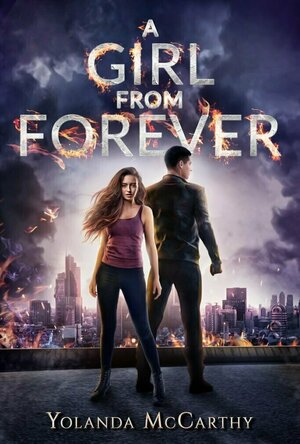 THEY’RE LYING TO YOU.

The secretive Forever Institute towers over London. Some say it’s a cult. Others call it mafia. To seventeen-year-old Fern, Forever is simply home, run by the scientists who created her. A home she’s never been allowed to leave.

Forever gave Fern everything. A body that will never age. Psychic abilities, if she can work out how to access them. A purpose: Fern will be part of a new dawn for humanity, although she’s never been told exactly how.

Then Fern is contacted by a cryptic telepath from outside the Institute, and learns some dark truths that make her question everything she’s been taught. Children are being murdered, and Fern is in danger. But her new friend has secrets of his own…

SOME LIES ARE LETHAL.

A thrilling dystopian story of star-crossed love, perfect for fans of Eve of Man and The Hunger Games.