A Plague Among Us (Mimi Goldman Chautauqua Mysteries #8) 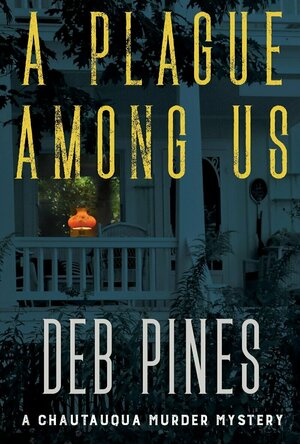 When Al Martin, the editor of a satiric newspaper in Chautauqua, N.Y., reportedly dies of COVID-19, the local consensus is: good riddance.

A sister suspects foul play. She wonders why Al was cremated in a hurry.

The police stay out of it.

So it takes reporter and relentless snoop Mimi Goldman to try to find which of Al's haters— including an estranged wife, three bitter siblings, a secretive caregiver, old enemies and the many targets of Al's poison-pen sarcasm—might be a ruthless killer.

The novel, No. 8 in a series called “an Agatha Christie for the text-message age,” once again offers page-turning suspense. Wit. And the unforgettable setting of Chautauqua, a quirky, churchy, lakeside, Victorian cottage-filled summer arts community that launched an adult-education movement Teddy Roosevelt called “the most American thing in America.”

Kirkus Reviews calls A Plague Among Us “an intriguing and engaging crime tale” and “enjoyable novel” with “captivating characters.”

Main Image Courtesy: Amazon.
Images And Data Courtesy Of: 52Novels.
This content (including text, images, videos and other media) is published and used in accordance with Fair Use.