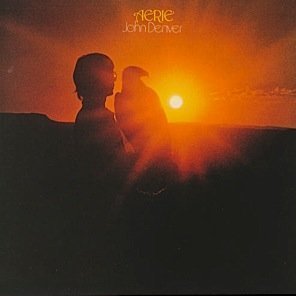 Aerie is the fifth studio album by American singer-songwriter John Denver. It debuted on the Billboard 200 album charts on December 4, 1971, hitting #75. The song "The Eagle and the Hawk" was the title theme music to an ABC documentary of the same title starring both Denver and noted conservationist Morlan Nelson.