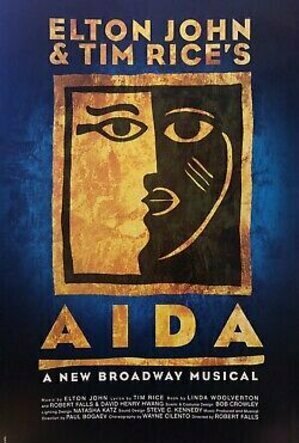 Aida is a musical based on the opera of the same name written by Antonio Ghislanzoni with music by Giuseppe Verdi. It has music by Elton John, lyrics by Tim Rice, and book by Linda Woolverton, Robert Falls, and David Henry Hwang, and was originally produced by Walt Disney Theatrical.