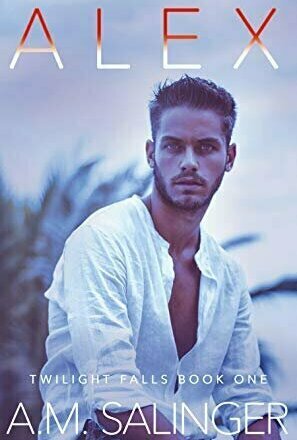 Alex Hancock needs money to salvage his career. Finn West needs a spouse to stop his aunt from sabotaging his future. Can the two men make more of the fake marriage they enter into?

When Alex’s business partner runs off to Mexico with their company funds, the lawyer has little choice but to return to his hometown of Twilight Falls to marry someone he’d never met in order to raise the money to save his business. What he didn’t expect was that the woman he was meant to wed would turn out to be a gorgeous, brooding man.

Finn had resigned himself to a life without love after his wife’s death from cancer. Wracked with guilt at never being able to satisfy her in bed, Finn is shocked when his body and his heart starts responding to the man he is tricked into marrying to stop his aunt from dissolving his trust fund.

Passions collide when the two men start exploring their relationship in ways neither of them anticipated. Can Alex convince Finn to embrace his sexuality and take a chance on them? Or will Finn run away from his only chance at true love?

Discover Alex and Finn’s story in the enthralling first novel in Twilight Falls, the new series by the author of the bestselling, contemporary romance series Nights.