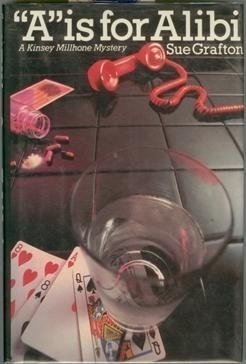 Add New Image or Add New Video
Edit
A is for .... Alibi

A" Is for Alibi is crime writer Sue Grafton's debut mystery novel in the Kinsey Millhone "Alphabet mystery" series, first published in 1982. The novel is set in the fictional southern California city of Santa Teresa, based on Santa Barbara.

Main Image Courtesy: Henry Holt & Company.
This content (including text, images, videos and other media) is published and used in accordance with Fair Use.