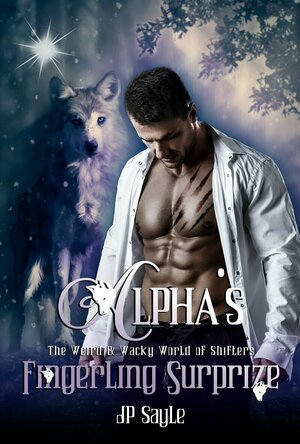 Pack Alpha, Olowin, welcomes all shifters to his pack, only it seems his fated mate isn’t quite so understanding. Can pride be overcome to allow the Fates to show what weirdness they can conjure next?

For Olowin, rejection is only the beginning of his problems, mouthy betas and the shifter council nosing around after the discovery of Fingerlings leave him little to no time to worry about Russ. After months of avoidance and some interference from his brother, Olowin gets the apology he’s been waiting for. Everything should now be smooth digging with his little Fingerling.

Claiming Russ is the easy part. The mating ritual is when Olowin’s problems really begin. There is a wayward sprouting potato, a very unexpected pregnancy, and three challenges. Can Olowin keep his balance while he figures it all out?

Alpha Fingerling Surprize is the second book in the Weird and Wacky Shifters world and can be read as a standalone, but what would be the fun in that?