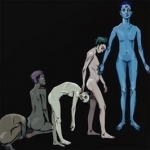 Debut studio album, of which Willow is credited as sole songwriter on 11 tracks and producer on 10 tracks. Album is named after extinct hominid species of which the first bones were ever discovered.

Main Image Courtesy: Roc Nation .
Images And Data Courtesy Of: Roc Nation.
This content (including text, images, videos and other media) is published and used in accordance with Fair Use.