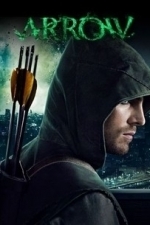 Sworn to fight crime and corruption in his city, Oliver Queen (aka The Arrow) - with the help of his iron-fisted right hand, John Diggle, the tech-savvy Felicity Smoak and newest member of the team, Roy Harper - narrowly defeated the vengeful Slade Wilson (aka Deathstroke), his onetime ally and mentor. But Season Three brings another lethal face from his past - Ra's Al Ghul!

Linked to Arrow
Added By