Ascendant (The Made Ones Sage #3) by Vicki Stiefel 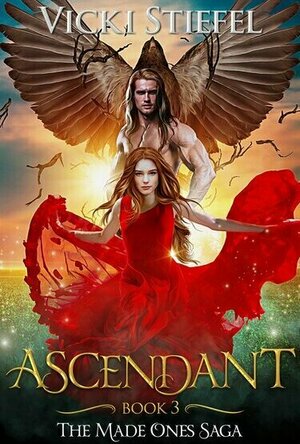 What if you could be young again? Would it be a dream come true or truly a nightmare? For Sybelle, the youngest of the Balazova sisters, awakening on the parallel world of Eleutia is no delight. From experiencing near suffocation to changes in her flesh, Eleutia seems a strange and hostile place, though the world itself feels oddly familiar. Her resonance with The Kestrel, the mysterious leader of the CastOuts, only increases her bewilderment, as does the appearance of Mother Tree.

As Mother pulls Sybi into her orbit, the controlling Alchemics tighten their noose on Eleutia. War is brewing—no longer will Eleutia’s symbiotic animal clans tolerate the Alchemic strictures.

Could Sybelle be the fulcrum fated to avoid destruction and save this strange world? Or is she merely a pawn to be used by the Alchemics in their battle for supremacy? Worse, will Sybi’s tug-of-war ultimately destroy her, the sisters she adores, and the man who has come to mean the world to her. Or will she ascend, triumphant, and save all she holds dear?

ASCENDANT follows CHANGED and is the third book in the Made Ones Saga.

Main Image Courtesy: Amazon.
Images And Data Courtesy Of: Afterworld Publishing.
This content (including text, images, videos and other media) is published and used in accordance with Fair Use.