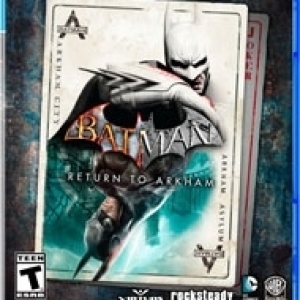 Batman: Return to Arkham, developed by Virtuos, features remastered versions of Arkham Asylum and Arkham City using Unreal Engine 4 for the PlayStation 4 and Xbox One. Additionally, both games include all previously released downloadable content, and feature improved graphics, upgraded models and environments, as well as improvements in the lighting, effects and shaders. The collection was released on October 18, 2016, to mixed reviews. Reviewers noted improvements to the textures and shading, but had split opinions on the graphics and lighting effects. The collection was also criticized for issues with its frame rate, despite having been capped at 30 frames per second. (From Wikipedia)

Images And Data Courtesy Of: Warner Home Video Games.
This content (including text, images, videos and other media) is published and used in accordance with Fair Use.