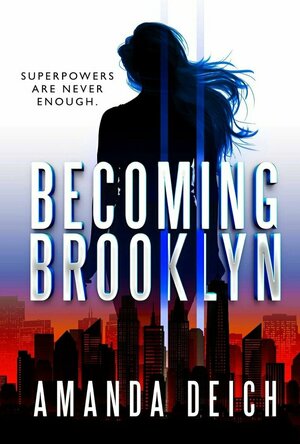 Eighteen-year-old Brooklyn never knew her father. Rex Blackburn died in the 9/11 attacks four months before she was born.

And even though she never met him, she always dreamed about what he must have been like before he died. In her mind, he was a hero.

Little did she know.

After an attack at a 9/11 memorial gala, Brooklyn learns her father had been a member of an elite, anti-terrorism, military task force, made up of a very select group of people who had superhuman abilities. On the day the towers fell, he died using his power to save people.

The Army believes she inherited his gift, and Brooklyn is invited to train at West Point in order to hone her skills. Knowing deep down she is different than anyone else her age and wanting to learn more about a father she never knew, she readily agrees to become a cadet at the prestigious military academy.

She and five other 9/11 babies strengthen their superhuman abilities and spend weeks preparing themselves for their future in the army, fighting terrorists at home and abroad. And in the process of training, they identify with their deceased parents in a way they never knew they could.

Brooklyn knows she’ll go to war someday, but when terrorists find out about the group’s gifts, they don’t bother to wait.

They bring the war to West Point.

Main Image Courtesy: Amazon.
Images And Data Courtesy Of: Park Bench Publishing, LLC.
This content (including text, images, videos and other media) is published and used in accordance with Fair Use.