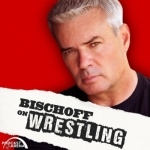 The MLW Radio Network presents Bischoff on Wrestling! With over twenty-five years in sports entertainment, Eric Bischoff brings a fresh take on the topics fans are most passionate about. Whether it's a main event from the most recent episode of RAW, fallout from a big WWE Network special, major news and rumors on the backstage politics of sports entertainment, or the rapidly emerging Indy wrestling scene: nothing is off limits. Catch "Bischoff on Wrestling," every Wednesday, exclusively from PodcastArena.com!

Images And Data Courtesy Of: Workhouse Connect.
This content (including text, images, videos and other media) is published and used in accordance with Fair Use.