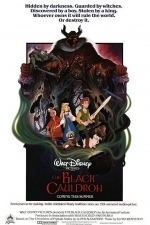 In a mystical land, a young pig keeper named Taran journeys with his friends to stop the evil Horned King from obtaining a magical cauldron.

Images And Data Courtesy Of: Walt Disney Pictures / Buena Vista Distribution.
This content (including text, images, videos and other media) is published and used in accordance with Fair Use.