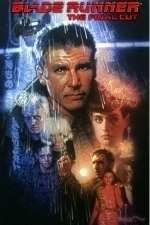 Remastered and re-edited version of the movie Blade Runner, made in accordance with director Ridley Scott's original vision. Deckard (Harrison Ford) is blackmailed into continuing his old job as a replicant hunter (aka a Blade Runner). His assignment: eliminate four escaped replicants (synthetic humans) from the space colonies who have returned to Earth. But why have they returned? As his targets prove disturbingly human, the boundary between genuine and artificial life becomes worryingly blurred...

Main Image Courtesy: Warner Bros.
Images And Data Courtesy Of: Warner Bros. Pictures.
This content (including text, images, videos and other media) is published and used in accordance with Fair Use.