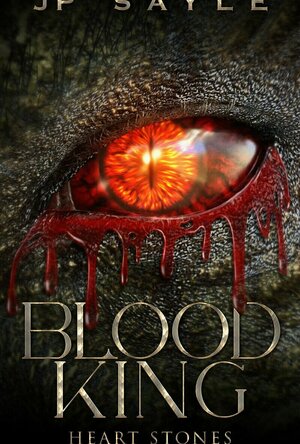 As heir to the throne of Dreemskerry, Aion must reach his thirtieth cycle to claim the throne. But his world is shattered when he returns home from his quest to find a bloodbath.

With scores dead, and many more vampire soldiers, magic users, and humans missing, Aion has no choice but to flee. His goal? To avoid becoming the next victim of the faceless foe that ravaged his family.

Fate steps in by bringing Aion to his fated mate, Shiesha. But mystery surrounds Shiesha, making Aion wonder if their meeting is a gift or a curse.

Hunted and on the run, he has no choice but to place his trust in the fates and his mate if he wants to survive and discover who—or what—slaughtered his people.


Blood King: part one of the Heart Stones Series is a paranormal MM romance, where nothing is as it seems for a vampire and shifter, fighting to reclaim something that was lost that will change their lives forever. This book ends on a cliffhanger.