Boogie Man: The Adventures of John Lee Hooker in the American Twentieth Century 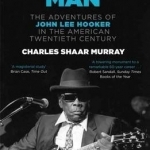 'You the funkiest man alive.' Miles Davis' accolade was the perfect expression of John Lee Hooker's apotheosis as blues superstar: recording with the likes of Van Morrison, Keith Richards and Carlos Santana; making TV commercials (Lee Jeans); appearing in films (The Blues Brothers); and even starring in Pete Townshend's musical adaptation of Ted Hughes' story The Iron Man. His was an extraordinary life. Born in the American deep south, he moved to Detroit and then, in a career spanning over fifty years, recorded hypnotic blues classics such as 'Boogie Chillen', rhythm-and-blues anthems such as 'Dimples' and 'Boom Boom' and, in his final, glorious renaissance, the Grammy-winning album The Healer. Charles Shaar Murray's authoritative biography vividly, and often in John Lee Hooker's own words, does magnificent justice to the man and his music.

Images And Data Courtesy Of: Canongate Books Ltd.
This content (including text, images, videos and other media) is published and used in accordance with Fair Use.