The Brothers Grim: The Films of Ethan and Joel Coen 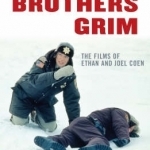 The Brothers Grim examines the inner workings of the Coens' body of work, discussing a movie in terms of its primary themes, social and political contexts, narrative techniques, influences, relationship to their other films, and the Coens' referential modus operandi that retreads cinema, literature, history, philosophy, and art to amplify their films' themes.