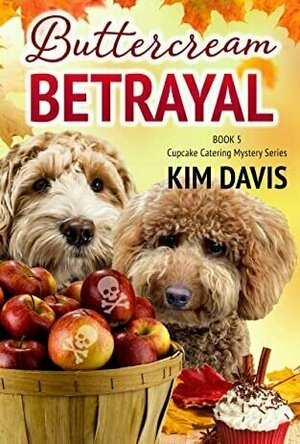 Intent on getting their two mischievous dogs under control, Emory Martinez and her half sister, Vannie, join a group dog training program led by Shawn Parker. With a graduation certificate just within grasp and a party to celebrate their hard-won achievements, what could go wrong? For starters, their two dogs have decided to wreak havoc during the party and tempers flare. It turns out not everyone is pleased with the dog trainer and his mother, the condo association president. Whispers of the mother and son’s misbehavior, or worse, fly amongst the barks, whines, and growls of the canines.

When Emory finds the body of Mrs. Parker amidst an explosive situation, it becomes apparent there is more truth to the whispers instead of just gossip. Could one of the canine-loving participants be responsible? Or an outsider who hated her heavy-handed rule over the condo homeowners? Emory, Vannie, and octogenarian Tillie must sift through the clues to find out who has been betrayed and who has decided to take justice into their own hands.

Main Image Courtesy: Cover.
Images And Data Courtesy Of: Cinnamon & Sugar Press.
This content (including text, images, videos and other media) is published and used in accordance with Fair Use.