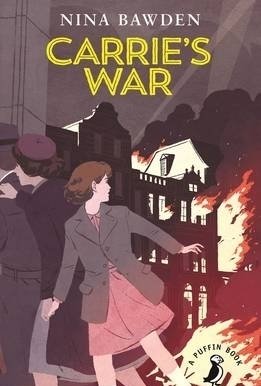 'I did a dreadful thing...or I feel that I did, and nothing can change it...' It is the Second World War and Carrie and Nick are evacuated from London to a small town in Wales, where they are placed with strict Mr Evans and his timid mouse of a sister. Their friend Albert is luckier, living in Druid's Bottom with Hepzibah Green who tells wonderful stories, and the strange Mister Johnny, who speaks a language all of his own. Carrie and Nick are happy to visit Albert there, until one day when Carrie does a terrible thing - the worst thing she ever did in her life...Based on her own childhood, Nina Bawden's enchanting story Carrie's War has delighted readers for almost 40 years.