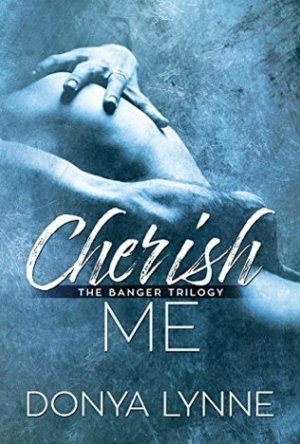 NOTE: This book was previously published as part of the 7-book Banger Serialized Novel. While the story has been rebranded as a trilogy, and the story slightly altered to accommodate the new format, it is the same story. Please do not buy this book thinking it is a different story or a continuation of the previous Banger books. Thank you.

Greyson’s world is imploding. After twenty years of estrangement, his mother has re-entered his life, and it couldn’t have happened at a worse time or in a more destructive manner. Faced with a new reality he can’t wrap his mind around, he pushes Katherine away.

Broken hearted and left to wonder what has happened, Katherine is inconsolable. But it doesn’t take long for her own family secrets to reveal a betrayal that shatters everything she thought she knew. In one shocking afternoon, the questions she’s been asking herself for years finally yield answers, but they bring nothing but more pain. Unable to cope and find the strength to fight in the face of such insurmountable odds, Katherine realizes it’s time to get her priorities back in order, put her focus back on her kids, and end her summer fling, no matter how much it hurts.

But Greyson has never been the type of man to surrender without a fight. He is determined to win her back, even if he has to push her further than he ever has. But will Katherine be so easily wooed? Especially when there are things they still don’t know about each other?

If you thought you knew everything there was to know about Greyson and Katherine, think again.

These two still hold a few surprises for each other. Surprises they’ll have to weather if they are truly going to reach their happily ever after.

Main Image Courtesy: goodreads.com.
Images And Data Courtesy Of: Phoenix Press LLC.
This content (including text, images, videos and other media) is published and used in accordance with Fair Use.