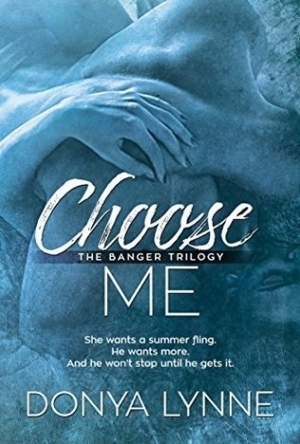 NOTE: This book was previously published as part of the 7-book Banger Serialized Novel. While the series has been rebranded as a trilogy, and the story slightly altered to accommodate the new format, it is the same story. Please do not buy this book thinking it is a different story or a continuation of the previous Banger books. Thank you.

Katherine Clayton, divorcée and single mother of two, just sent her kids to California to spend summer vacation with their father. During the ten months of the year when they’re in her custody, she gives all of herself to her children. She doesn’t even date. But the summers are hers, and she’s going to make the most of their absence with her annual summer fling. Unfortunately, her past four summer romances have fallen flat. If she can’t find a man this summer who can fulfill her needs, this year’s fling will be her last. Katherine needs a man whose manhood won’t leave her unsatisfied. For her, bigger truly is better, and anything less than huge won’t do.

Greyson James is more man below the waist than most women can handle, and he’s beyond frustrated that he’s unable to enjoy what other men take for granted. Namely, sex. Since he finds no pleasure in causing women pain, traditional sex has become a novelty . . . until he meets Katherine. The chemistry that erupts between them is undeniable, and he quickly learns that he has exactly what Katherine needs and vice versa.

Now Katherine must decide if she can trust Greyson with not only her heart, but her company.

As the Banger Trilogy unfolds, Greyson and Katherine will wrestle with their feelings for each other, long-held family secrets will be revealed, and scandals neither could have imagined will rock them to the core.

Will what they’ve found in each other be enough for happily ever after? Or will one passionate summer be all they share?

Images And Data Courtesy Of: Phoenix Press LLC.
This content (including text, images, videos and other media) is published and used in accordance with Fair Use.