Code Name, Johnny Walker: The Extraordinary Story of the Iraqi Who Risked Everything to Fight with the US Navy SEALs 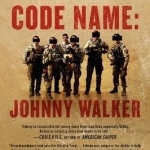 Add New Image or Add New Video
Edit
Code Name, Johnny Walker: The Extraordinary Story of the Iraqi Who Risked Everything to Fight with the US Navy SEALs

Night after night, he guided the U.S. Navy SEALs through Iraq's most dangerous regions. A translator operating under the code name "Johnny Walker," he risked his life on more than a thousand missions and became a legend in the U.S. special-ops community. But in the eyes of Iraq's terrorists and insurgents, he and his family were marked for death because he worked with the Americans. Fearing for Johnny's safety, the SEALs heroically took it upon themselves to bring him and his family to the United States. With inside details on SEAL operations and a deeply personal understanding of the tragic price paid by ordinary Iraqis, Code Name: Johnny Walker is a gripping and unforgettable true story that reveals a side of the war that has never been told before. Includes a new afterword on the rise of ISIS