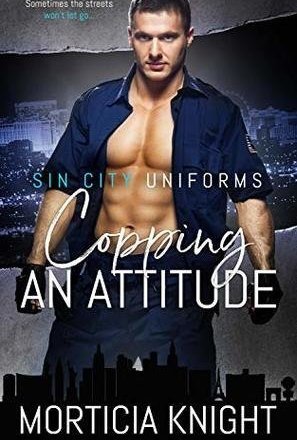 Survival is all Slade understands until Parker saves him from the terrors of the streets. Too bad the streets don’t want to let Slade go…

Hustler Slade has had little choice over his fate. Barely twenty years old, he’s had to survive any way he can after being thrown out for being gay when he was still in his teens. As soon as he hit Vegas, Slade was lured into the hopeless world of prostitution where he’s become a virtual prisoner to his pimp, the ruthless Julio Estevez.

It’s another typical night on the Strip when officer Parker comes across Slade. His heart breaks every time he sees someone so young being exploited. Yet something in Slade’s eyes tells Parker the young man might be in real trouble—especially after the recent wave of sex worker killings by a rival prostitution ring.

The two men’s lives become intertwined when Slade is almost beaten to death. The danger grows, but so does the relationship between Parker and Slade. Parker helps Slade to heal from the horrific attack and their bond deepens. But the human traffickers are still on the prowl—and they’ll stop at nothing to steal Slade back.

Publisher's Note: This book was previously released under the same title. It has been expanded and reedited for re-release.