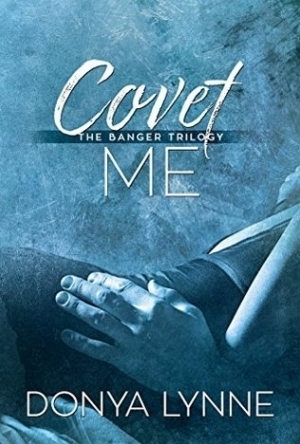 NOTE: This book was previously published as part of the 7-book Banger Serialized Novel. While the story has been rebranded as a trilogy, and the story slightly altered to accommodate the new format, it is the same story. Please do not buy this product thinking it is a different story or a continuation of the previous Banger books. Thank you.

It’s been twenty years since Katherine’s mom died. What makes the anniversary of her death even harder this year is that Katherine just found out the man she wanted to spend her summer with, Greyson, wants to buy her company. Since she’s actually entertaining the idea, there’s no way she can have a relationship with Greyson, so she calls the whole thing off.

Greyson can’t accept that he and Katherine are already over before they even began. He’s determined to change her mind. When Katherine unknowingly joins his cycling club, he seizes the opportunity to chip away at her reservations.

When it becomes clear the intense chemistry they felt with each other that first night still exists, Katherine can’t stay away. But if they are to move forward with both their relationship, he must follow her rules, the most important of which being that no one can know they’re romantically involved, especially when they’re inking a deal between their companies. On the surface, Greyson agrees to her terms, but deep down, he has no intention of ever letting Katherine go. He’s found the woman he wants to spend the rest of his life with and refuses to be just a summer fling. He’s determined to make Katherine see that they belong together, not just for the summer, but forever.

As complications sprout in Katherine’s life, her relationship with Greyson deepens in ways she never imagined. But it’s when she sees him with another woman at a mutual friend’s wedding that she realizes just how deeply her feelings for Greyson run. She’s not prepared for the powerful, jealous reaction that sends her into a tailspin of insecurity and confusion. Maybe she won’t be able to give Greyson up at the end of summer like she planned.

But just when she’s ready to take to take a leap of faith, fate rears its ugly head yet again. And, this time, love may not be enough to overcome the obstacles being driven between them.

Main Image Courtesy: Goodreads.com.
Images And Data Courtesy Of: Phoenix Press LLC.
This content (including text, images, videos and other media) is published and used in accordance with Fair Use.