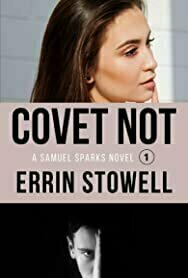 Minnesota Nice' doesn't apply to Covet Not, the Samuel Sparks debut set in the Twin Cities. A killer with a disturbing fetish has his sights set on Gina Simmons, a local television reporter, who goes missing. Samuel Sparks, a solo attorney, becomes the main suspect in the disappearance of Gina, who happens to be his girlfriend. Sparks investigates Gina's disappearance on his own, butting up against a dogged detective and some of the Twin Cities' seedier elements. Will Sparks find out the truth before it's too late for Gina?