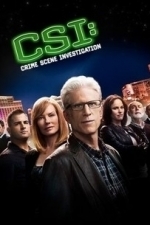 It's all change at the Las Vegas Crime Lab following the shooting death of Holly Gribbs ("Pilot"), yet the team still find themselves tasked with solving the bizarre, the brutal, and the impossible. Under the supervision of new Supervisor Gil Grissom, and his second-in-command Catherine Willows, the team investigate the suicide of a casino jackpot winner ("Cool Change"), the abduction and burial of a young woman ("Crate 'n Burial"), the discovery of a severed leg ("Pledging Mr. Johnson"), the murder of a Catholic school dean ("Friends & Lovers"), the discovery of a skeleton under the house ("Who are You?"), a murder on an airliner ("Unfriendly Skies"), the stabbing deaths of an entire family ("Blood Drops"), and a series of staged suicides ("Anonymous"). Meanwhile, Brown struggles with a gambling addiction, Sidle adjusts to life in Las Vegas, and Brass reacquaints himself with the Homicide squad.