Daughter of the King (Defying the Crown #1) 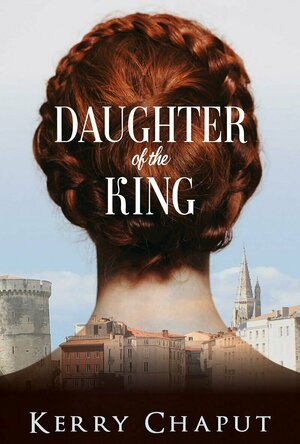 La Rochelle France, 1661. Fierce Protestant Isabelle is desperate to escape persecution by the Catholic King. Isabelle is tortured and harassed, her people forced to convert to the religion that rules the land. She risks her life by helping her fellow Protestants, which is forbidden by the powers of France. She accepts her fate - until she meets a handsome Catholic soldier who makes her question everything.

She fights off an attack by a nobleman, and the only way to save herself is to flee to the colony of Canada as a Daughter of the King. She can have money, protection, and a new life - if she adopts the religion she's spent a lifetime fighting. She must leave her homeland and the promises of her past. In the wild land of Canada, Isabelle finds that her search for love and faith has just begun.

Based on the incredible true story of the French orphans who settled Canada, Daughter of the King is a sweeping tale of one young woman's fight for true freedom. Kerry Chaput brings the past to life, expertly weaving a gripping saga with vivid historical details. Jump back in time on a thrilling adventure with an unforgettable heroine.

Main Image Courtesy: Amazon.
Images And Data Courtesy Of: Black Rose Writing.
This content (including text, images, videos and other media) is published and used in accordance with Fair Use.