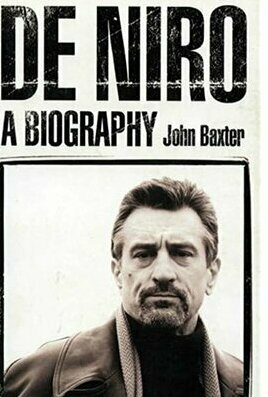 This is the life of the elusive actor Robert De Niro. A pre-eminent Hollywood character performer of contemporary times, De Niro's film portraits, such as the young Don Vito Corleone in "The Godfather II", Jake La Motta in "Raging Bull" and Travis Bickle in "Taxi Driver" are some of the most vivid ever put on celluloid. De Niro cannot be cast to type and prefers to work for old friends like Martin Scorsese, and (apart from "Frankenstein") has never played anything but 20th-century roles. John Baxter calls him "the archetypal empty bottle which only becomes visible when it's filled by a role": which makes him such a tempting subject for one of Hollywood's most well-known biographers. As well as his film roles, Baxter examines De Niro's often controversial private life and his collaborations with directors like Martin Scorsese and performers like Harvey Keitel and Meryl Streep. He also discusses his increasingly ambitious off-screen activities.

Main Image Courtesy: https://i.gr-assets.com/images/S/compressed.photo.goodreads.com/books/1328835841i/415998._UY630_SR1200,630_.jpg.
Images And Data Courtesy Of: Harper Collins.
This content (including text, images, videos and other media) is published and used in accordance with Fair Use.