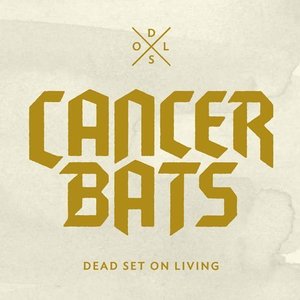 Dead Set on Living is the fourth studio album by the Canadian hardcore punk band Cancer Bats. It was released on April 16, 2012 through Hassle Records in Europe, April 17 through Distort Entertainment in Canada, April 20 through Shock Records in Australia and New Zealand, and April 23 through Metal Blade Records in the United States. The album was recorded in December 2011.

Main Image Courtesy: Metalblade.com.
Images And Data Courtesy Of: Distort.
This content (including text, images, videos and other media) is published and used in accordance with Fair Use.