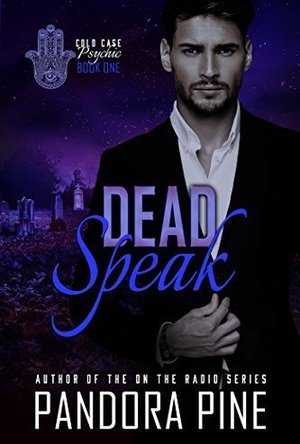 Demoted to the cold case squad after shooting a suspect in the line of duty, Detective Ronan O’Mara knows that his career with the Boston Police Department is hanging by a thread. His first assignment is the case of Michael Frye, a five-year-old boy who has been missing for seven years. With no new leads or witnesses to interview, Ronan has to start from scratch to solve this mystery. When he sees a handsome local psychic on television, Ronan figures he’s got nothing to lose in enlisting the man’s help to find Michael.

Psychic Tennyson Grimm is riding high after helping South Shore cops find a missing child. He’s even being courted by the Reality Show Network about a program showcasing his abilities. He has no idea that his midday appointment with a customer, who instead turns out to be a police detective, is going to change the course of his life and his career.

With the blessing of the BPD, which badly needs an image make-over, Ronan is allowed to bring Tennyson in to assist with the Frye case. Being thrown together in front of cameras is never easy, but add in an emotional missing person’s investigation, a tight-lipped spirit, and a cop who’s a skeptic, and it definitely puts a strain on both men and their working relationship.

When the child’s body is found, the work to identify his killer begins. As Ronan and Tennyson get closer to solving the case, the initial attraction they feel for one another explodes into a passion neither man can contain.

Will working together to bring Michael’s killer to justice seal their fledgling bond, or will unexpected revelations in the case tear them apart forever?

Please be aware this book deals with the topic of child abuse, specifically, sexual abuse.