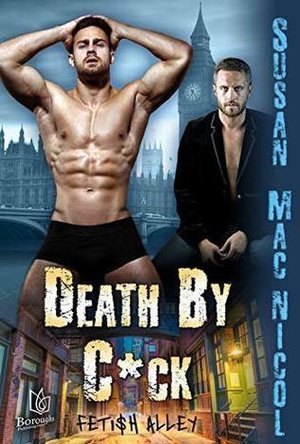 Things are getting dicey in Fetish Alley, so much so, the police have asked Tate and Clay to work a murder for them since the denizens of the Alley don’t want outsiders to learn their secrets.

Somehow, after solving one particularly squirrelly case, Clay Mortimer and Tate Williams of M&W Investigations have been deemed experts in all things Fetish Alley. Tate’s taken an undercover assignment for the London police, and solves it with his usual flair. When a brutal and particularly sensitive murder send the shop owners and patrons of Fetish Alley up in arms, once again the police department call upon Tate and Clay to take the lead in solving the grisly crime. Meanwhile their lives are being redefined in ways neither of them expected, and even though change can be scary, these brave men make certain that love guides them on every road they travel.

Main Image Courtesy: Amazon.
Images And Data Courtesy Of: Boroughs Publishing Group.
This content (including text, images, videos and other media) is published and used in accordance with Fair Use.