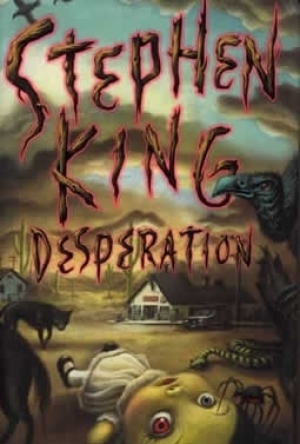 Located off a desolate stretch of Interstate 50, Desperation, Nevada has few connections with the rest of the world. It is a place, though, where the seams between worlds are thin. Miners at the China Pit have accidentally broken into another dimension and released a horrific creature known as Tak, who takes human form by hijacking some of the town's residents. The forces of good orchestrate a confrontation between this ancient evil and a group of unsuspecting travelers who are lured to the dying town. This rag-tag band of unwilling champions is led by a young boy who speaks to God.

Main Image Courtesy: Stephenking.com .
This content (including text, images, videos and other media) is published and used in accordance with Fair Use.