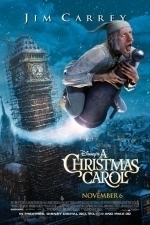 A greedy and elderly moneylender named Ebenezer Scrooge is offered redemption when he is visited by the ghost of his deceased business partner, followed by the spirits of Christmas Past, Present, and Yet to Come.