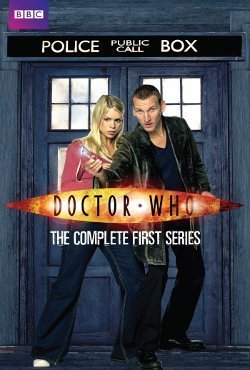 The first series of the 2005 revival of the British science fiction programme Doctor Who began on 26 March 2005 with the episode "Rose". This marked the end of the programme's 16-year absence from episodic television following its cancellation in 1989, and was the first new televised Doctor Who story since the broadcast of the television movie starring Paul McGann in 1996. The finale episode, "The Parting of the Ways", was broadcast on 18 June 2005. The show was revived by longtime Doctor Who fan Russell T Davies, who had been lobbying the BBC since the late 1990s to bring the show back. The first series comprised 13 episodes, eight of which Davies wrote. Davies, Julie Gardner and Mal Young served as executive producers, Phil Collinson as producer.

Main Image Courtesy: BBC.
Images And Data Courtesy Of: BBC.
This content (including text, images, videos and other media) is published and used in accordance with Fair Use.

Linked to Doctor Who
Added By