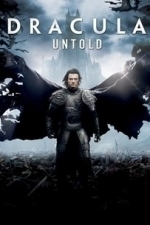 Before the Renaissance, Vlad Țepeș is the Prince of Wallachia and Transylvania. As a child, he was a royal hostage in the palace of the Sultan of the Ottoman Empire and was trained to be a soldier in the Sultan's elite Janissary corps, where he became their most feared warrior. He was called Vlad the Impaler after slaughtering thousands by impaling them on spears.