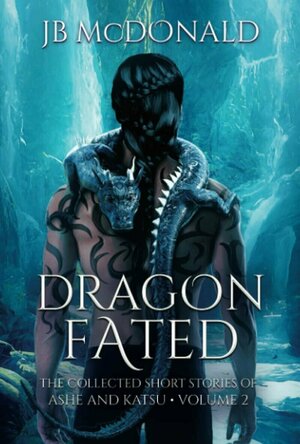 Branded as a demon. Chased by a mob. Life never gets dull for Ashe and Katsu. Throw in a plague and it's no wonder they haven't had time to suss out their feelings.

Now Katsu's past has tracked him down, and it'll take more than quick wits and a magic touch to escape. It'll take an ocean voyage, a parasitic dragon, an ex-boyfriend, and an elf with more love than sense. Join Ashe and Katsu one last time as they sail the ocean, battle in-laws, and – hopefully – fall in love in Dragon Fated.

This anthology includes the final four previously published Dragon stories, now heavily re-edited and with additional scenes, as well as previously unpublished micro stories, original promotional material, and author's notes. This is the second anthology in the series, and best read after the first, Dragon's Path.