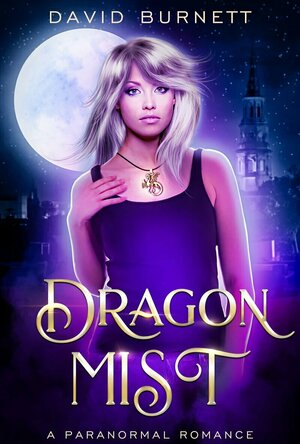 Not all human males are genetically compatible with dragon shifters, and suitable matches are rare in old Charleston. Christine, though, has identified James to be an appropriate match. Even humans who acknowledge the possibility of dragons cannot believe that one can be both a dragon and a human, shifting between the two. As a result, Christine must attract James without fully revealing her true, shifting nature until he has committed to mate.

James gradually discovers what Christine is. She shows him the gold dragon she always wears around her neck. He notices the prints, statues, and tapestries of dragons that decorate her family’s home. Strange noises emanate from behind the Drachens’ house during a party, and James believes he actually sees a dragon, one wearing a necklace like Christine’s. Christine’s last name, Drachen, means “dragon,” and, while she jokes her entire family is composed of the creatures, James begins to suspect there is more to what she says than a simple attempt at humor.

Finally, though, he sees her shift.

To protect their species from persecution, dragon-shifters silence any human who sees one of them shift, and the most practical method is generally death. The rule is absolute. But Christine has fallen in love with James. How can she protect her family without killing the boy she loves?

Dragon Mist is a story of boy-meets-girl, with a few non-human characters, high stakes, a bit of magic, a little humor, and an abundance of romance.