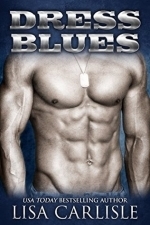 Is it ever too late for a second chance at love?

Volunteering at a cat shelter is much calmer than the adrenaline-fueled skirmishes of Vivi Parker’s last deployment in the Marines, but her limp is a constant reminder of what she endured. The shelter is her sanctuary, her one relief from memories that haunt her. At a fundraiser, she runs into a man she could never have while she served, but had never forgotten.

Active duty had its challenges, but starting over as a civilian in Boston is more difficult than Jack Conroy anticipated. When his mom and sister drag him to a cat benefit, he never expects to see a woman he last saw in Dress Blues—a woman he couldn’t have, but could never forget.

Vivi fears she’s no longer the woman Jack was drawn to, able to tackle rock climbing walls or other outdoor challenges. And Jack has decisions he must face.

Yet, so have they.