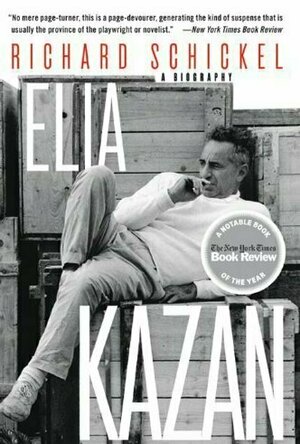 Few figures in film and theater history tower like Elia Kazan. Born in 1909 to Greek parents in Istanbul, Turkey, he arrived in America with incomparable vision and drive, and by the 1950s he was the most important and influential director in the nation, simultaneously dominating both theater and film. His productions of A Streetcar Named Desire and Death of a Salesman reshaped the values of the stage. His films -- most notably On the Waterfront -- brought a new realism and a new intensity of performance to the movies. Kazan's career spanned times of enormous change in his adopted country, and his work affiliated him with many of America's great artistic moments and figures, from New York City's Group Theatre of the 1930s to the rebellious forefront of 1950s Hollywood; from Katharine Hepburn and Spencer Tracy to Marlon Brando and James Dean.

Ebullient and secretive, bold and self-doubting, beloved yet reviled for "naming names" before the House Un-American Activities Committee, Kazan was an individual as complex and fascinating as any he directed. He has long deserved a biography as shrewd and sympathetic as this one.

In the electrifying Elia Kazan, noted film historian and critic Richard Schickel illuminates much more than a single astonishing life and life's work: He pays discerning tribute to the power of theater and film, and casts a new light on six crucial decades of American history.

Images And Data Courtesy Of: Harper.
This content (including text, images, videos and other media) is published and used in accordance with Fair Use.