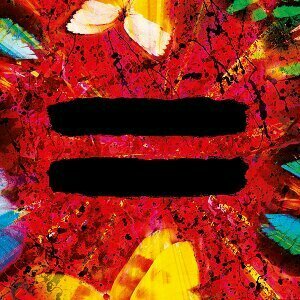 = (pronounced and subtitled "equals") is the fourth studio album by English singer-songwriter Ed Sheeran, released on 29 October 2021 by Asylum and Atlantic Records. The Christmas edition of the album was released on 3 December 2021. It contains a sole guest appearance from fellow English singer-songwriter Elton John, while the standard edition does not have any guest appearances. The album was supported by three singles "Bad Habits", "Shivers", and "Overpass Graffiti", and one promotional single, "Visiting Hours". For the Christmas edition, it adds the single "Merry Christmas", a duet with John. The album received mixed reviews from music critics, who compared it unfavorably to the works of Canadian singer-songwriter the Weeknd.[citation needed] The album reached number one in Australia, Belgium, Canada, Denmark, France, Germany, Ireland, Italy, Lithuania, the Netherlands, New Zealand, Scotland, Sweden, the United Kingdom, and the United States.

Main Image Courtesy: Elektra (NEK).
This content (including text, images, videos and other media) is published and used in accordance with Fair Use.