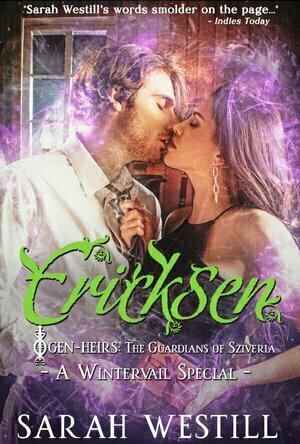 Wintervail will bring more than gifts and snow…

Evidence of an assassin has gone missing, along with a teenage girl. The only witness to the crime refuses to answer any of Melody’s questions, instead hiring Vayden Dossett, a reward seeker, to recover his daughter. The problem? Months ago, Melody rejected a matchmaking recommendation with Vayden. If Melody allows their past to interfere, she’ll lose the chance to prove she’s capable of handling a tough case.

Vayden is used to the prejudice and scorn his gen-common genetics bring out in people. He wanted Melody to be different. She wasn’t, and he refuses to waste time proving himself to her. Personal emotions have no place when a child has been kidnapped. Finding the girl is Vayden’s only priority, regardless of who he has to work with to accomplish the goal.

Setting aside their differences isn’t as easy as setting aside their attraction they soon discover. And while Vayden learns Melody has been lied to about her genetic gift, Melody realizes Vayden isn’t at all what she’s been led to believe. Dark secrets soon to come to light, and with winter creeping in, they’re in a race against arctic winds to find answers…

Main Image Courtesy: Amazon.
Images And Data Courtesy Of: ISL Media, LLC.
This content (including text, images, videos and other media) is published and used in accordance with Fair Use.