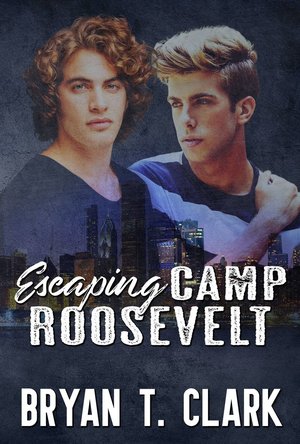 “He’s a bad boy—cocky and damaged. So, why can’t I stop thinking about him?"

Broken Dreams
Sociable and unselfish, eighteen-year-old Tucker Graves loves two things—his darling little sister and the thrill of playing baseball. He never dreamed that he’d be homeless, but after a series of misfortunes, his life is nothing like he could have possibly imagined. Shocked and shattered, Tucker, his mother, and his baby sister now must brave the dangers of a dilapidated homeless encampment called Camp Roosevelt.

A Wounded Heart
Homeless since the age of fourteen, Dancer has mastered the tricks of living on the streets as a sex worker. The quiet, reclusive, and calculating ways of this twenty-year-old, green-eyed Adonis help him to survive. He hides his emotional scars from the world by interacting only with his clients, whose occasional bizarre requests he reluctantly fulfills. Dancer’s past has taught him to trust no one.

A Second Chance
When Tucker and Dancer come face to face on a stormy night, having been thrown together under the same roof, Tucker brings out a feeling in Dancer that he didn’t know still existed in him—desire. Neither man can deny the attraction he feels for the other. But some scars run deep, causing both Tucker and Dancer to question whether falling in love is even possible, especially when survival is on the line.

*** One hundred percent of the royalties from the first year of this novel’s publication is being donated to the Larkin Street Youth Services/Castro Youth Housing Initiative. The CYHI provides transitional housing in the city of San Francisco, California, for LGBTQ youth experiencing homelessness. Fear of being raped, abused, or murdered should not be a part of anyone’s youth.

Main Image Courtesy: Amazon.
Images And Data Courtesy Of: Cornbread Publishing.
This content (including text, images, videos and other media) is published and used in accordance with Fair Use.