Family Guy: The Quest for Stuff 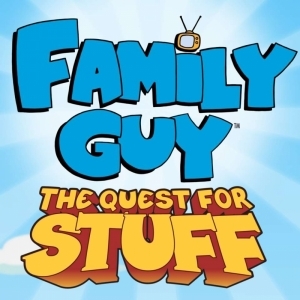 Released on iOS and Android in 2014, Family Guy: The Quest for Stuff has you rebuilding Quahog after Peter and the Giant Chicken have destroyed it. The PC/windows phone version is standalone and does not have regular updates.
You'll do quests and unlock popular characters from the series as well as have fun with all the soundbites from said characters.
Sadly, the PC version is not supported as well and ends at area 8 (there are at least 9 in the iOS and Android versions.

Main Image Courtesy: Apple Store .
Images And Data Courtesy Of: FOX Digital Entertainment.
This content (including text, images, videos and other media) is published and used in accordance with Fair Use.