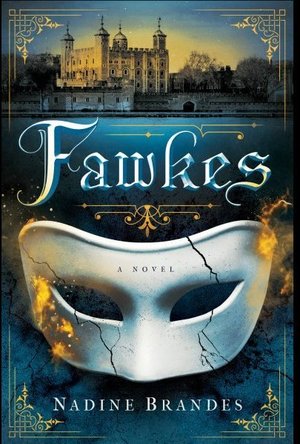 Thomas Fawkes is turning to stone, and the only cure to the Stone Plague is to join his father’s plot to assassinate the king of England.

Silent wars leave the most carnage. The wars that are never declared, but are carried out in dark alleys with masks and hidden knives. Wars where color power alters the natural rhythm of 17th century London. And when the king calls for peace, no one listens until he finally calls for death.

But what if death finds him first?

Keepers think the Igniters caused the plague. Igniters think the Keepers did it. But all Thomas knows is that the Stone Plague infecting his eye is spreading. And if he doesn’t do something soon, he’ll be a lifeless statue. So when his Keeper father, Guy Fawkes, invites him to join the Gunpowder Plot—claiming it will put an end to the plague—Thomas is in.

The plan: use 36 barrels of gunpowder to blow up the Igniter King.

The problem: Doing so will destroy the family of the girl Thomas loves. But backing out of the plot will send his father and the other plotters to the gallows. To save one, Thomas will lose the other.

No matter Thomas’s choice, one thing is clear: once the decision is made and the color masks have been put on, there’s no turning back.

Images And Data Courtesy Of: Thomas Nelson.
This content (including text, images, videos and other media) is published and used in accordance with Fair Use.