For Her Honor (The Gentrys of Paradise #3) 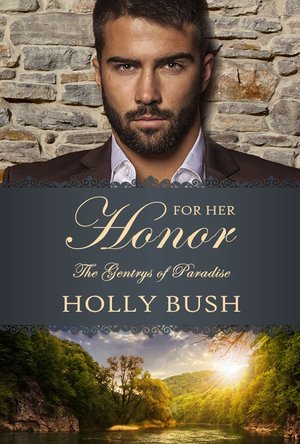 1873 –
Adam Gentry, heir to the celebrated Paradise Stables in Virginia, is haunted by the visions of his lost love. Feeling cursed by fate, he slips deeper into grief, shrouded in a cloud of liquor and depression, and neglects his duties and responsibilities. But when Adam is forced to accept that there’s nothing he can do to change his past, he knows he must move on.

And he accepts his own destiny: that he will never love again.

Emmaline Somerset finds herself in the worst possible position any unmarried woman can be in. She will have to abandon all of her plans, hopes, and dreams for an independence using her own talents. The only viable solution is to move to a distant relative’s home and reinvent herself as a widow with an infant. No one will ever be the wiser.

Adam, now determined to secure the Gentry legacy, plans to save longtime family friend Emmaline from her embarrassment with an offer of marriage. But what Adam didn’t plan on was how his unexpected attraction to her would stir something inside of him, something he's kept locked deep within.

Can love finds its way between two troubled souls, one driven by duty, the other by honor, both determined to find their way home?

Images And Data Courtesy Of: Holly Bush Books.
This content (including text, images, videos and other media) is published and used in accordance with Fair Use.