Game of Thrones: Music from the HBO Series, Season 2 Soundtrack by Ramin Djawadi 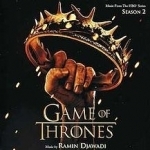 The soundtrack album for the second season of HBO series Game of Thrones, titled Game of Thrones: Season 2, was published on June 19, 2012. The instrumental music by Ramin Djawadi was performed by the Czech Film Orchestra and Choir and recorded at the Rudolfinum concert hall in Prague. 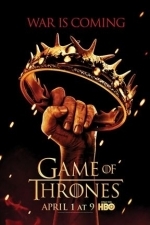 Main Image Courtesy: Game of Thrones: Music from the HBO Series, Season 2 Soundtrack.
Images And Data Courtesy Of: Varese Sarabande Records Inc..
This content (including text, images, videos and other media) is published and used in accordance with Fair Use.

Added By
Edit this item to be credited with its creation
Game of Thrones: Music from the HBO Series, Season 2 Soundtrack by Ramin Djawadi Reviews & Ratings (24)
Sorting
Show Filters Filter Applied Reset Filter